Tips on How to Stop Moss Growing on Roof Tiles

Moss can grow in the most unlikely of places, and roofs are no exception. Did you know that leaving moss to grow without stopping it can have a detrimental effect on the condition of your roof? 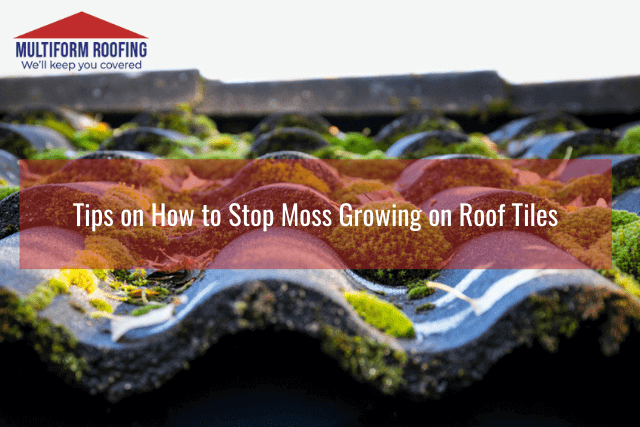 Moss can cause damage to the most structurally sound roof and if it’s excessive, can be an extremely costly problem for you.

Where does moss thrive?

Like most plants, moss grows through the release of spores – this also causes it to spread quickly and vastly. Moss thrives in dark and moist conditions and is particularly attracted to roofs made of concrete or clay. Such is the strength of moss, it can grow underneath roof tiles or slates, causing even more of an issue to the homeowner.

How can you stop moss growth?

The strategy to get rid of the moss from your roof depends entirely on how much there is. If there’s a small amount in small patches, you may be able to simply use a hose pipe to get rid of it. In this instance though, it’s vital that you rid all the roots and segments because if any trace of moss is left behind, it definitely will regrow.

One of the most efficient ways to get rid of moss is to use a moss remover. This works by applying the product directly to the plant which then works its way to the root, allowing you to simply pull the plant away.

You could also use tools such as a trowel or scraper to get rid of it. It’s imperative that you work carefully on your roof, taking your time to ensure the task is completed safely and efficiently. If the issue is severe, it may be worth asking a specialist, such as Multiform Roofing Bristol, to come and treat the issue as they’ll have the required treatment and equipment on hand.

There’s no denying that the growth of moss on any roof, including flat roofing, can be unsightly, costly and dangerous. If you have any concerns, you should ask a specialist to recommend the relevant treatment to ensure the longevity of your roof.